Poshanu Towers, located on Ba Nai Hill - 7 km to the northeast of Phan Thiet City, are one of the most precious and important cultural vestiges of the Champa Kingdom. Built in the late 8th century, this group of towers worships the Shiva Genie, who is highly respected by the Cham people. POSHANU CHAM TOWER
Poshanu Towers, located on Ba Nai Hill - 7 km to the northeast of Phan Thiet City, are one of the most precious and important cultural vestiges of the Champa Kingdom. Built in the late 8th century, this group of towers worships the Shiva Genie, who is highly respected by the Cham. Beside these three towers, there was once a temple, but it has been buried in the ground for more than 300 years. Inside the main tower, there is an altar, on which a couple of Liga-Yoni, a symbol of the existence of the Shiva Genie, is worshipped. 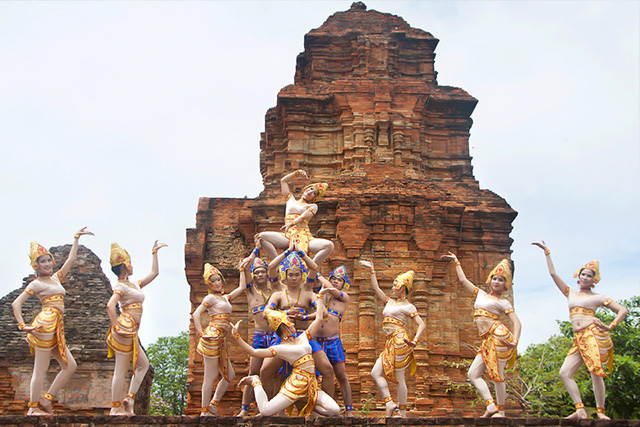 This group of Poshanu Cham tower temples was constructed in the manner of HoaLai art architecture - one of Champa Kingdom is ancient art architectural manners, but now there are only very a few of these tower temples left such as some ruins in My Son Holy Land, HoaLai group (Phan Rang) and PoDam one (Tuy Phong - BinhThuan) left and only the group of Poshanu Cham tower temples are comparatively integral. Poshanu Towers are among the oldest Champa towers that are not much damaged. Despite its small size, the Poshanu architecture is the work of talented artist and is the great combination between classic architectural techniques and decoration art of the Champa people. There are in total 3 towers: the main Tower A (15m high) located in the South and 2 sub towers including Tower B (12m high) on the North and Tower C (4m hight) on the East.

The old Champa Kingdom was strongly influenced by the India civilization. About the later half of the VIII century and the first half of the IX century, the Champa people built these towers to worship Shiva – one of the Indian Gods. Until the XV century, the Champa people continued building some simple temples to worship princess Poshanu, the daughter of king Para Chanh, who was loved by her people for her talent and virtue. 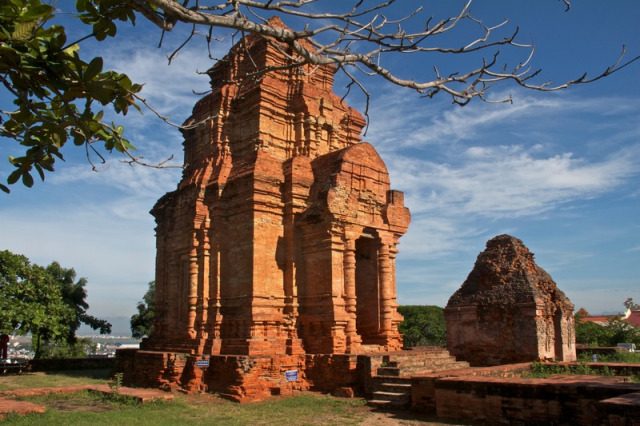 In the years 1992-1995, archaeological excavation had discovered the foundations of many temples that had been buried for hundreds of year. Since this excavation, the temples are named Poshanu.

For hundreds of years being forgotten, from 1990 to 2000, the Poshanu Towers had been repaired and embellished.

Nowadays, Champa people from surrounding areas come to the Towers every year to conduct different custom rituals. Another interesting fact is that the fishermen also come here to pray for luck in their up-coming trip to the open sea. In the lunar January, the Rija Nuga and Poh Mbang Yang festivals are organized at the foot of the towers and people come to these festivals to ask for luck in the new year.